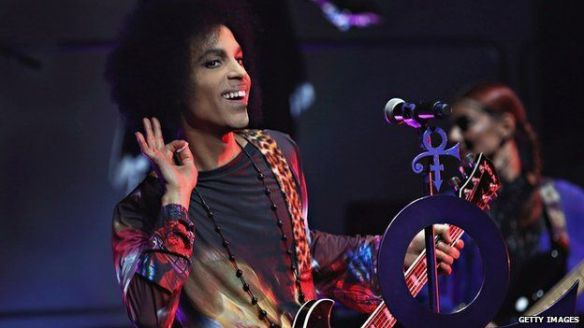 I was thinking the other day about how all our musical heroes, however big or small, have passed away in the last few months…Prince, Bowie, Lemmy, Maurice White, etc…and even in the past few decades, like Kurt Cobain, Michael Jackson, George Harrison, and so on.  It’s sad and it bothers us when they leave our realm.

At the same time, however, I started thinking just how incredibly lucky I am to have been there when they were huge.

So many important composers and songwriters over the centuries, performers and writers whose fame while they were alive took place well before we or even our grandparents were born.  Beethoven, Mozart, Bach, Tchaikovsky, and so on.

One can only wonder what it was like to hear their most famous pieces when they premiered.  Pieces that are still known to us centuries later.

Me, I was born the year after the Beatles broke up so I never experience their chaotic live shows or the unveiling of “Strawberry Fields Forever” and Sgt Pepper to a gobsmacked audience.  Or hearing “Hey Jude” the day it came out.  The closest I ever got was hearing “Free As a Bird” and “Real Love” as new songs during their Anthology documentary in 1995.

And yet…being a teenager in the 80s, I was there when MTV arrived.  I remember seeing the relatively new video for Bowie’s “Ashes to Ashes” and being floored by the nightmarish visuals.  Or the incredible hype behind the then unheard-of fifteen minute video for Michael Jackson’s “Thriller”.  Or the unveiling of multiple charity songs in the mid 80s: Band Aid’s “Do They Know It’s Christmas”, USA for Africa’s “We Are the World”, Artists United Against Apartheid’s “Sun City”…hell, even Hear ‘n Aid’s “Stars”.  All those Big Famous Names in one room!

I was at college in Boston in the early 90s when grunge and Britpop were insanely huge, and got to see Radiohead’s very first US show on Lansdowne Street.  I got to meet Robyn Hitchcock during a college radio presser.  During my HMV years I got to go to a few meet n’ greets with various bands, and got to see many more live.  And I met a few musicians in the store itself.  And over the last few years my wife and I have been going to Outside Lands, where we’ve seen a ridiculous amount of great bands.  This year’s line-up plans to be absolutely amazing.

Do I feel sorrow when my favorite musicians pass away?  I suppose in a way I do…I’ve never been one to completely fall apart, and there is that quite sobering realization that this musician won’t be around anymore to write or record anything else.  Their oeuvre has a finite end, and we fans are loath to admit that will ever happen.

I feel absolutely blessed that I live in a time where I’ve been entertained by so many creative minds in the last thirty-plus years.  Absolutely fucking blessed.  These are the creators that have inspired me, entertained me, and made my life that much happier.

So to all the musicians living or passing in 2016:  I thank you from the bottom of my heart.