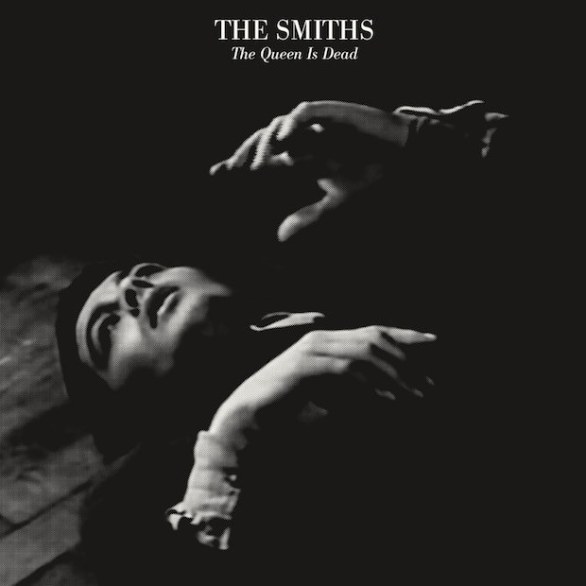 Last Friday saw the reissue of the fantastic 1986 album by the Smiths, The Queen Is Dead.  The expanded package includes a lovely remaster of the album itself, with the addition of numerous demos from that era, single b-sides, and a live performance at Great Woods in Mansfield MA (of course mislabeled as “Boston”, as is normal for that venue).  The cd package also includes a dvd of the Derek Jarman mini-film, as well as a hi-fidelity remaster of the album.

The Queen Is Dead became my favorite Smiths album soon after I picked it up, which, if I recall, was not that long after I ordered their final album from Columbia House.  It’s their most solid and consistent album that’s not a singles compilation, in my opinion.  While some love the brutalism of Meat Is Murder or the doom of the debut (or the poppiness of Strangeways, Here We Come, for that matter), the consensus is usually that TQID is their best moment.  The songs are tight, exciting, and playful.  Johnny Marr’s guitar work here is top notch, and Morrissey is clearly having fun being the smartass intellectual lyricist.

I almost always gravitate to this album over their others.  While I love nearly all their work, this one is the most positive and uplifting, the most fun to listen to, even with the one-two punch downers of “I Know It’s Over” (mother, I can feel the soil falling over my head…) and “Never Had No One Ever” (I had a really bad dream / It lasted twenty years, seven months, and twenty seven days…).  They’re balanced by the silliness of “Frankly Mr Shankly” and “Vicar in a Tutu”.  The lead title track is an amazing kick-ass jam and is one of their hardest, loudest tracks they ever committed to tape.  [The reissue offers a ‘full version’ that goes on for nearly a minute longer.]

If you’re a passing fan of the band, I do suggest picking up this reissue; its remaster provides the album with a much fuller, warmer sound (the original mix suffered from too much treble and loudness, at least in how I’ve heard it).  I’m also happy that they provided us with the original twelve-inch crossfade of the two b-sides “Rubber Ring” and “Asleep”, which makes the two songs connect in a very Abbey Road medley sort of way.